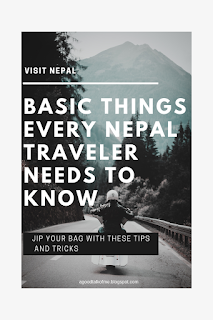 The form of greeting in Nepal is “Namaste” performing by joining both palms together. It literally means “the divine in me salutes the divine in you”.

ü  Do not trek alone. There have been numerous disappearances of solo trekkers in recent years. Always hire a guide or trek with other people. There are online forums where  travelers can look for fellow-trekkers. This applies to everyone but especially women that are travelling single – they seem to more vulnerable. Always communicate your travel plans to your next of kin. 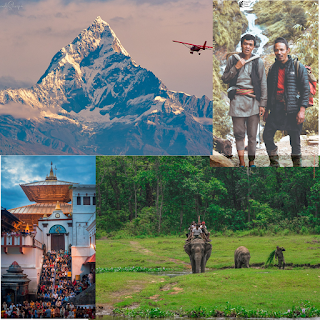 ü  ven though Nepal is known for its pristine environment and beauty – not the highways and major city streets. They are crowded with traffic, full of smoke and bumpy and dusty. Hence travelling on a bicycle or a motorbike for the most part is not advisable. There are some off-road mountain bike trails that are ok to do.
ü  Do not give money to beggars that you see on the streets. Even though they look pitiful, your giving away of money encourages them only to beg for more. If you really care support one of many charity organizations working in Nepal .
ü  Be sure to exchange back all the Nepalese currencies before you leave. They are not accepted (or even exchanged for that matter) outside of Nepal . Besides, taking currency out of the country is against the law.
ü   Do not fully rely on schedules and times that are committed to you whether in verbal or written while you are in Nepal . They may not commence in time as stated or committed and may end up disrupting all your subsequent schedule. Have time buffer as much as you can between your major plans and activities, especially if you have a hard stop date that you need to fly out by.
ü  Do not assume that “ganja” (marijuana) is legal in Nepal . It is not. Even though it is a common weed on hillsides you can get in trouble for picking it and carrying it for consumption purpose.
ü  Do not assume that when a Nepali says “yes” or shakes the head in affirmation that it is a done deal or they agree with you. Re-confirm using simplest of words but being as direct as possible to make sure.
ü  If you are planning to apply for the Visa at the airport, make sure to have passport size photo available. Plan B is to have your photo taken at the booth at the airport.
ü  All nightlife pretty much ends by 10 pm with only a few places around the Thamel area that may stay open a little later.
ü  Bring a universal plug and voltage adapter kit for your Electronics. Nepal uses 220V.
ü  Keep in mind that there may be an entrance fee to some of the common temples and public areas applicable only to foreigners.
ü  Always have some tissue paper and hand sanitizer with you at all times – and note that some of the toilets may require squatting.
ü  Insist for a Running Meter in the Taxi. After 10 PM you do pay double of the meter fare however – that’s the commonly accepted norm.
ü  Support the NON-Plastic Initiative, please limit your use of plastic items, and help make Nepal a better place.

Nepal Is just more than Himalayas, Explore Inside Nepal

The list goes on. When you are in Nepal..